End-user feedback: Time-zones posted the largest difficulties for use of the infrastructure. Trials with both groups together were limited to the extremes of the day. Pool trials started at 6 am in New Zealand and 8 pm in Croatia. However, while this limited the length of each individual trial, the objectives of the project were still achieved.

GOAL This TNA project builds upon recent research accomplishments in the area of human-robot interaction underwater, by introducing wearable sensors in a form of a diver glove for controlling an autonomous underwater vehicle that serves as a robotic diving buddy.

A SCUBA diver demonstrated control of an AUV in real-time using a gesture-based language. The diver correctly navigated the AUV left, right, forward, and backward using gesture combinations captured by the developed smart glove. A communication pathway was set up linking a smart glove in a pool in Auckland, New Zealand to a submersed AUV in Zagreb, Croatia in real-time. This server-based setup allowed our team in Auckland to utilize the AUV infrastructure despite Covid-19 travel restrictions. 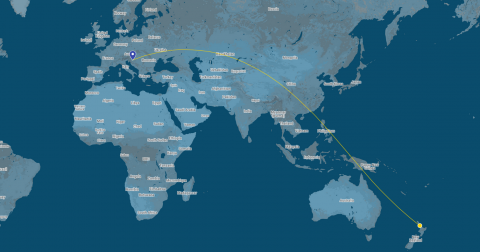 One publication submitted to Global OCEANS 2021